How at all Started

“From Humble Beginnings to a thrust to help others succeed.”

Michael Joubert, Co-Founder, Owner and Senior Business Consultant at Unique Business Plans was born and raised in Paarl, South Africa by a single mother and had very little family support. He attended one of the top schools, Gymnasium High in Paarl and particularly excelled academically in language, accounting and mathematics.

From the age of 11 years old he volunteered and loved to help out at the local Spar and do tasks for neighbours for pocket money to help support the household. He often enjoyed spending some weekends and holidays helping out at the family business in Yzertontein, a small West Coast town located just off the R27 in Cape Town.

By age 17 (2002) Michael faced a very difficult life choice between completing this schooling amidst his Grade 11 exams and leaving school to help his mother who only relied on a state pension and at the time faced the loss of financial support from a close relative. Michael briefly moved to the Coastal town of Yzerfontein where he spend the next 8 months working as a general Shop Keeper and Bar Man.

In April 2003 Michael relocated to the East of Pretoria where he started this retail career with a local Kwikspar. He quickly excelled through the ranks of every department, learning the business until he was offered the position of General Store Manager of a flagship Superspar in Silverlakes, Pretoria-East in June 2006. For the next 5 years Michael enjoyed and successfully managing this 3,500 sqm world class flagship store with a staff compliment of 110+.

By late 2007 Michael co-partnered to purchase his own Spar & Tops store in the North of Johannesburg. For the next 9 months the business exceeded their expectations and outperformed every target set for the store. Unfortunately with the global property market collapse causing interest rates to sky rocket to over 16% and the business facing 2 major burglaries in a short space of time, they were forced to sell the store in mid 2008.

This is when Unique Business Plans was born.

UPB was slowly grown and continued to grow for the next 11 years with a full time team in place achieving phenomenal client satisfaction ratings and double digit % growth rates annually for 11 consecutive years. Michael briefly rejoined the Silver Oaks Superspar Group in Pretoria-East after the sad passing of the Co-Owner’s son who operated the business between 2010 and 2011. During the owner’s grieving period the business sadly sustained major shrinkage losses and loss of operations controls causing the business to downward spiral for a disaster. Michael was asked to rejoin the team as General Manager with less than R50 000 in cash flow and a shrinkage rage in excess of 3.5% (usually 0.25% of store turnover). For the next year Michael re-build the business and successfully improved sales, got the shrinkage rates under contact to below 0.3% and managed to build a health cash flow exceeding R1.5 million.

In September 2011 Michael was offered an opportunity to join the Foodlovers Market Head Office Group under their Freshstop Holdings division who at the time just signed a joined venture with Chevron South Africa (Now Astron Energy) under the Caltex brand. Michael was appointed as a Regional Operations Manager overseeing the conversation and management of 25+ Freshstop Convenience Franchisee stores in the inland South Africs Region. Michael higly excelled in this role and introduced revolutionary business solutions and systems that improved both the productivity, performance and financial bottomline of both Freshstop and the holding company Foodlovers Market.

In 2015 Michael and his family moved back to Cape Town to persue a business opportunity offered to his wife as a Veterinary Surgeon at one of the biggest Veterinary Groups in South Africa. Michael was re-assigned to look after a segmented area within Cape Town as a Regional Operations Manager.By early 2015 the Operations Drector of Freshstop, Mr. Dave Hogg awarded Unique Business Plans an exclusive contract to conduct all Operational Audits for over 300+ Freshstop Franchisees nationally bi-monthly. This naturally became another “leg of business” for UBP.

By August 2017 Michael was offered a Senior position as head of the group’s Food Brand where he successfully transformed the group’s QSR category int a R273 million per annum with 129 outlets category (97% improvement in 18 months). Michael also built a National Food Training Program that offered skills training to over 1000 trainees. By the end of December 2018 Unique Business Plans was awarded another major QSR Food Safety and Operations Audit Contract which in conjunction with the Freshstop audits contact gave us the responsibility to conduct over 500 independent retail and food safety audits nationally to over 600 franchisees.

Naturally this phenomenal growth and responsibility opportunity forced Michael Joubert to retire from this position from Freshstop Head Office as National Food Brands Manager, both due to his commitment to focus on Unique Business Plans and his concern towards a conflict of interest. By end December 2019 permanently joined his Unique Business Plans office that had already successfully completed in excess of 9,500 business plan projects since 2008. Today Michael manages Unique Business Plans on a full time basis as Head of Operations and Senior Business Consultant overseeing a team of 15 staff and 7 independent contractors.

Unique Business Plans is a leading team of professional Business Plan  Consultants based in South Africa. Our dynamic, highly technologically innovative team and performance systems enables us to assist clients both countrywide and internationally. 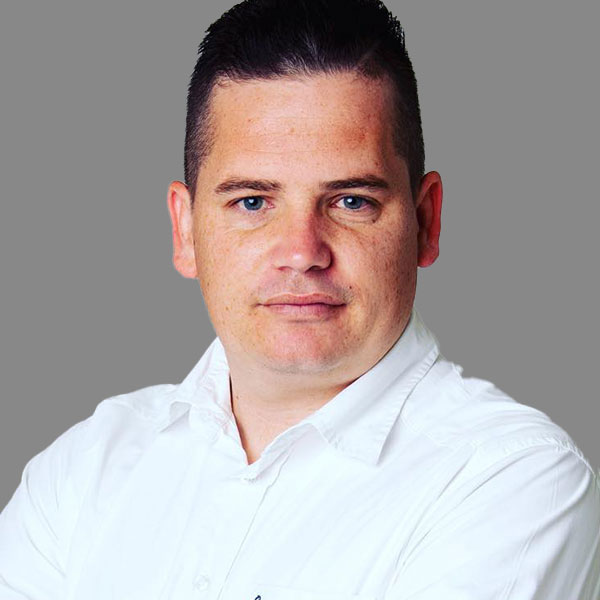 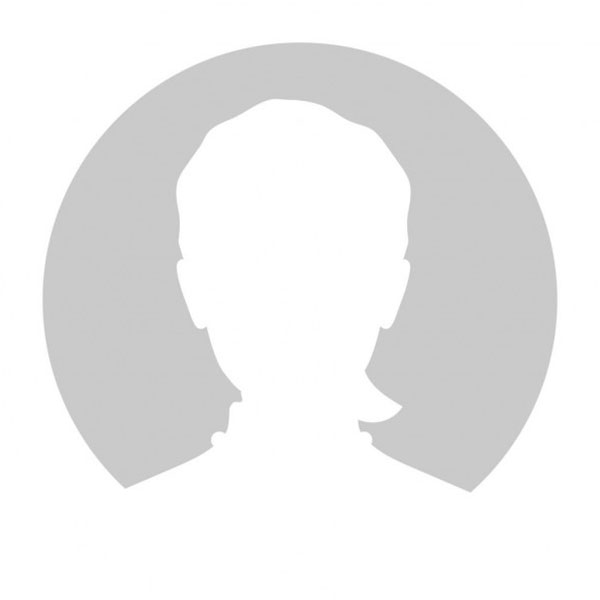 Charlotte brings over 25 years of administrative, sales and manufacturing experience to the table. With a passion for people, client relations and sales Charlotte head of sales department and client relationships.
Envelope Linkedin 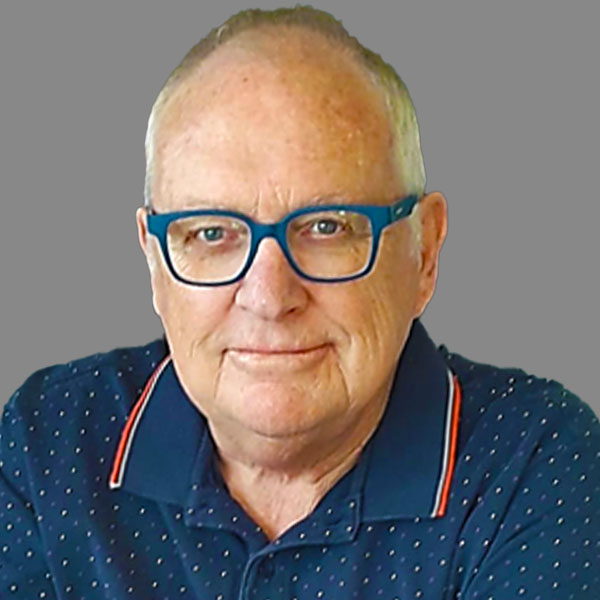 Philip has built an outstanding career in both the corporate and consulting environments. From a solid academic base (BCom and MBL), he has been active in numerous large- and small-scale projects in executive and advisory capacities, achieving impressive success in industry. He has more than 25 years’ experience in developing business plans for emerging entrepreneurs.
Envelope Linkedin 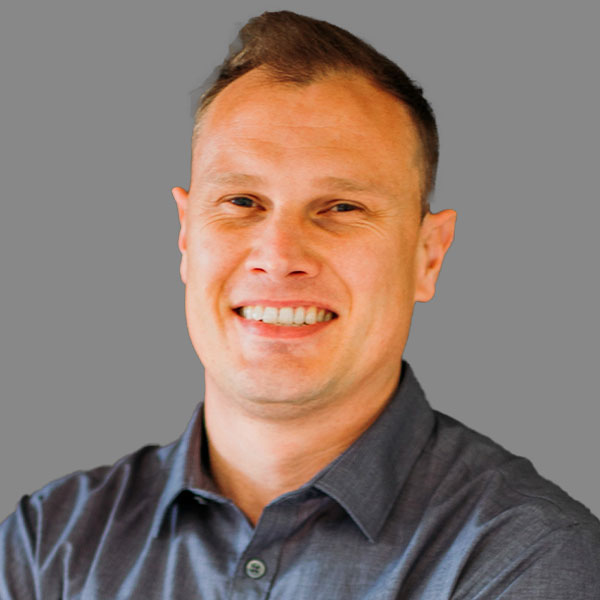 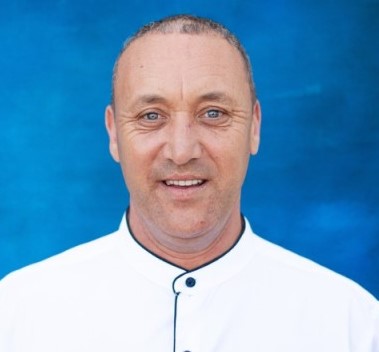 How did it all start?

Our statistics have proven that our clients always get more than what they pay for and have since given us a 97% client satisfaction rating. Our clients love what we do, just as much as we love what we do and as much as we love each of our clients. We are here to help you – we understand how hard it is for businesses to compete in today’s global marketplace and so we help you concentrate and focus on your products/services while we take care of your business planning & business funding needs.Senio

We aim to deliver reliable, fully bankable, comprehensive business plans at affordable rates by providing a transparent, open-minded and hands-on approach from our highly motivated, passionate and dynamic team.
1
We firmly believe in delivering a watertight, well-prepared business plan including a substantial financial, administration and marketing strategy which included the consideration of all elements that could affect the outcome of the business performance throughout its critical trading years.
2
Unique Business Plans are dedicated and loyal to each of our clients and provide the best advice possible regarding the needs, and suitability of each client.
3
We also firmly believe in delivering the highest standards of work in all of our projects and continuously strive for perfection in what we do.
4
We guarantee a full on-set regular update on the project through either WhatsApp, SMS, email or a telephone call to make sure each client is well aware of the progress of their project and will strive to deliver the service in excellent turnaround times.
5

We are a cloud based business

We’ve been a cloud-based company since we started in 2008. We do have offices in Menlyn Maine, Pretoria-East and Century City, Cape Town however, most of our personnel are positioned throughout Gauteng and Pretoria and mostly work from their home offices. We mostly only use our offices to meet up with clients as needed and to conduct our formal training, team meeting and business meeting sessions. All appointments are strictly by appointment only and we do not accept walk-in clients without any appointment. We have clients all around the globe from Africa, Europe, Asia, North and South America and Australia.

A person spends an average of 31.5 hours sitting in traffic. That’s almost 4 complete business days. We would rather let our team members spend that time with their families and recharging their creative batteries. We work to live, not the other way around. This extra time is great for morale and relaxation.
1
Not having to travel to work reduces the risk of accidents, injury, insurance claims and the massive impact that internal-combustion vehicles have on our environment.
2
Being in your own environment allows you to be more productive. We work on results, not time spent in an office chair.
3
If load shedding hits an area, it only affects those team members in that area and not the company as a whole. This distributed office environment reduces this negative impact.
4
We are all quarantined. If someone gets sick, there won’t be a risk of infecting others in the company. This keeps the company running efficiently.
5
The internet and broadband internet connections means that we can stay in touch continuously with each other and our clients, locally and internationally. Although we regularly have meetings with new clients, we have only met 30% or less of the clients that we have successfully completed projects for.
6
Team members could move around the country with minimal impact on the company’s efficiency.
7

We talk straight and action quickly.
1

We guide our clients on the best option for their goal and budget. We also write regular articles and newsletters to entrepreneurs, our clients and SME businesses, informing them of new business opportunities and consulting possibilities.
2

All work created for you, belongs to you. We have full transparency on why we should do something, how it should be done and what have been done.
3

We are great communicators. We are clear about the information that we need, making sure that it is sent in time and following up on the responses. We do not leave anything up to assumption. If you do assume anything, please contact us to confirm.
4

Our Consulting & Business Coaching Retainer is a month-to-month service and can be cancelled at any time. It is our responsibility to keep on performing for us to keep the retainer moving forward.
5

Hear about our story from co-founder, michael joubert.

Solid SolutionsWith years of experience, we have had ample time to learn our way around the industry, and have served some of the best businesses and brands in the market. We have established high calibre solutions, and we will always continue to do so.

Our KnowledgeWe provide crafted value-added solutions that have you, the client, and your unique situation and requirements in mind. Our passion in our field, coupled with our people skills make us ready for anything. We have you covered for all your needs.

Superior ServiceAt Unique Consulting, customer service is always a top priority. We provide a transparent and enriched customer experience. Our reliability and consistency reassures our clients that we are serious about their business, and we always go the extra mile.

Get In TouchContact our friendly team for a free quotation using our online form, or give us a call.
Get A Quote